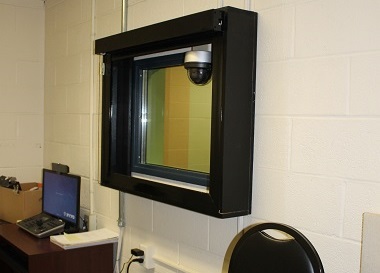 Over the past year, the NYPD has worked to address today’s technology expectations as they roll-out the department’s new interrogation room recording systems. The department launched a pilot for the recording systems in 2010. As then Commissioner Ray Kelly explained to the International Association of Chiefs of Police (IACP) in 2012, “Not only do jurors expect to see the forensics they see on television, they also expect to see the video interrogations that are dramatized on the TV shows.”

Gramco Business Communications of Clifton New Jersey, installed the Liberty Recorders on behalf of High Criteria Inc. Contemporaneously, the department standardized interview procedures and constructed new sound-proof interview rooms that were specifically designed as calming and non-threatening environments. Prior to the citywide system roll out, custodial interrogations were not ordinarily recorded in the detective squads.

The Liberty system can simultaneously record up to four cameras. Each of the video streams is maintained separately, and the system does not use picture-in-picture that can lead to some of the video being overlaid. The NYPD chose to use three cameras; two fixed and a third pan-tilt-zoom camera placed in the observation room, and pointed into the interrogation room through a one-way glass.

As the agency moved forward, they developed a training course for NYPD detectives to standardize the interview and interrogation process. This course covers basic and advanced interrogation techniques in addition to legal guidelines for custodial interrogations, and nonverbal communication. The combination of advanced interrogation procedures, coupled with the video recording systems, make for a compelling presentation during any future prosecution. But Commissioner Kelly also stated, defense counsel was “often eager to enter a plea once they had seen the video recording of the interview”.

Enhanced interrogation techniques and electronically recording the interrogations have resulted in more powerful presentation and efficient prosecutions. These advancements have streamlined a number of arrest cases as they move through the District Attorney’s Office and the courts.

Under the direction of current New York City Police Commissioner William Bratton, the “Electronic Recording of Custodial Interrogations”program has led to a citywide expansion to more than 80 detective squads in the NYPD. To date, the department has recorded in excess of 5,000 custodial interrogations. The Detective Bureau, which has approximately 3,200 detectives, has been trained to use the Liberty Recorder system. Electronically recording the accused with the Liberty Interview Recorder is now the professional standard in the NYPD for all serious crimes, including sex crimes and murder.

Chief of Detectives Robert K. Boyce adds that “not only does electronically recording interrogations provide powerful legal evidence, it also protects my detectives from unfounded allegations of misconduct inside the interrogation room. I believe this is a great advancement in American policing.”

The Liberty Interview Recorder can be sourced from dealers across the country, including Gramco Business Communications in New Jersey. Further information can also be obtained at our website, www.LibertyRecording.com or by calling Liberty Recording at 905-886-7771.