The Liberty Recorder optionally supports the capture and recording of one or more video feeds. The video is saved into the same file as the audio and is available for playback through the standard Liberty Player program. The Liberty Recorder may record and save one or more, complete video feeds. The system does not require picture-in-a-picture compression devices to record multiple video feeds. Instead, multiple complete feeds are captured and recorded. An illustration of the capture is shown in the screen scrape image below.

During recording, the Liberty application may provide a video preview window(s) as seen below: 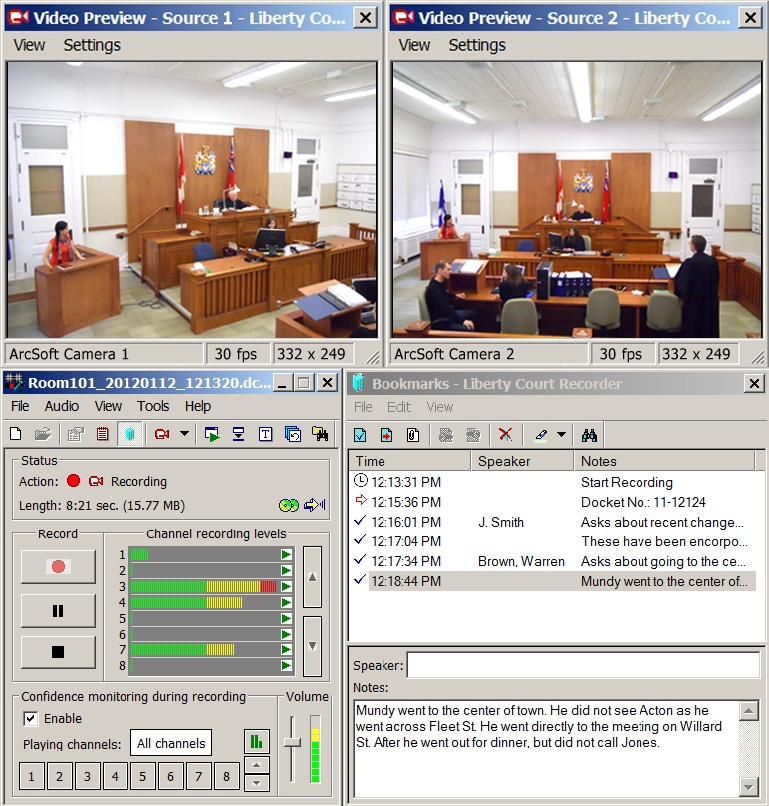 Liberty Recording recommends use of Axis IP cameras with the Liberty Recorder to capture the video feed(s). Axis provides a large selection of IP cameras with different makes and models for different applications. Please review your video requirements with your local Liberty recording dealer, to determine the best make and model of camera for your needs.

The Liberty Recorder also supports analog cameras with video capture using cards from Picolo, and other vendors that support the standard Windows video interfaces. Please contact your local Liberty dealer for further information about support for other video capture cards.