Beginning with Liberty Helper Service (LHS) 2.1, the Liberty Recorder programs now support both the LR-102 and the LR-101 USB devices that, when implemented with an interview room LED or other indicator, will alert users that recording is active.

The LR-102 supports bi-directional communication. The LR-102 has a micro-processor that periodically “pings” the LHS program to confirm that the recorder program is active and healthy. If at any point, the LHS fails to respond to a ping, then the LR-102 will reflect an error condition by blinking the interview room LED circuit(s). All other aspects of the LR-102 remain the same as the original LR-101 device.

There are also two LEDs on the LR-102 box. The green LED indicates that the LR-102 is receiving power from the PC over the USB cable. The orange LED will blink three times and then remain on solid to indicate that a connection has been established with the Liberty Helper Service program.

Sometimes, computers not connected to the Internet will not have the driver for the LR-102 available. In such cases, the driver must be downloaded and made available on the computer, from the following webpage:

Pictures below illustrate the open LR-102 box, both with and without wiring. 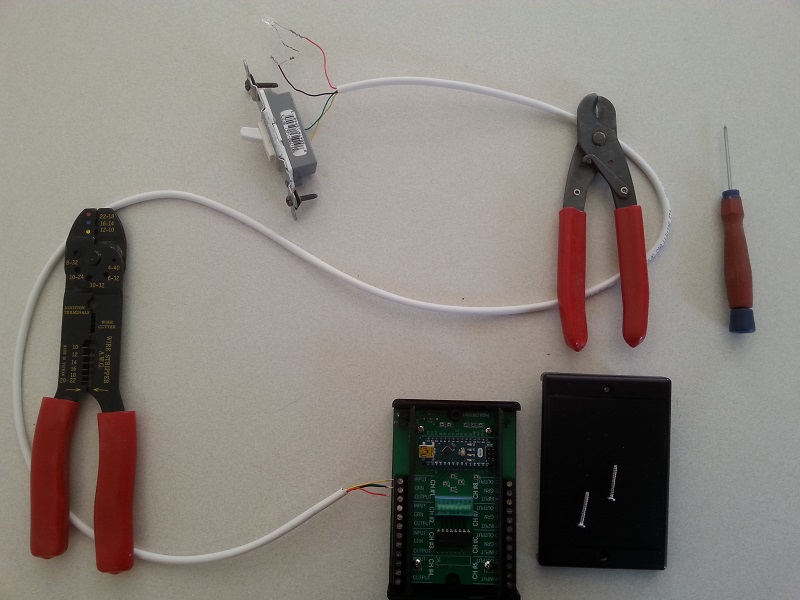 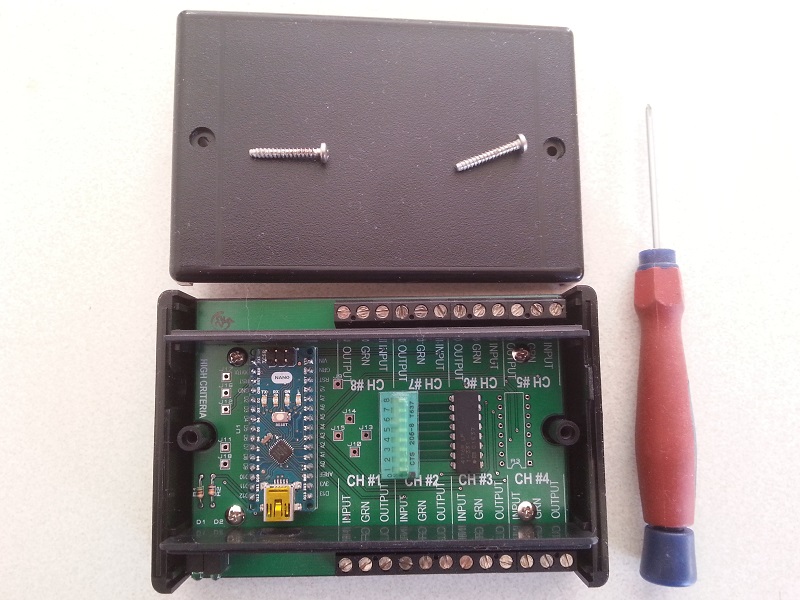