Redacting a portion of a File

There are two steps to redacting a file: 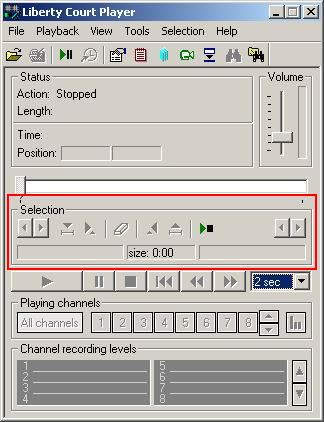 Once the Selection Controls can be seen, the user should position the “Current Position Pointer” to the beginning of the audio segment to be selected. Once the pointer is positioned correctly, the operator must press the “Set Beginning of Segment” button. Once this is pressed, a portion of the file from that point until the end of the file will be “selected”, as confirmed by the blue line that will appear on Current Position display.

After the beginning of the segment is set, the user should position the “Position Pointer” to the end of the portion to be selected and then press the “Set End of Segment” button. 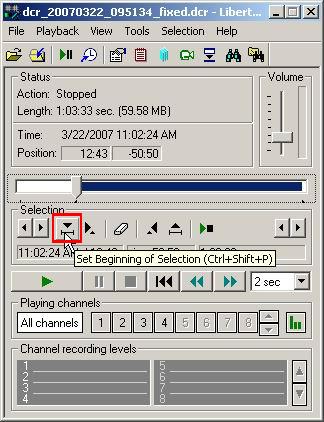 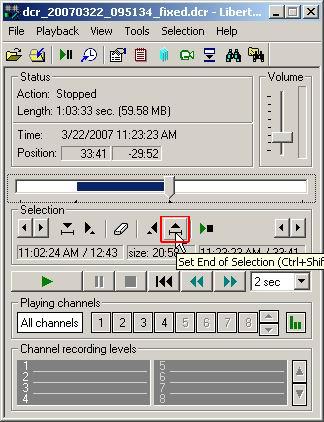 The blue line in the Current Position display indicates the portion of the file that has been “selected”.

Step Two:
Specify that the indicated portion of the file is to redacted, by clicking on the New Redaction option on the Redaction pull down memu, as shown in the screen below: 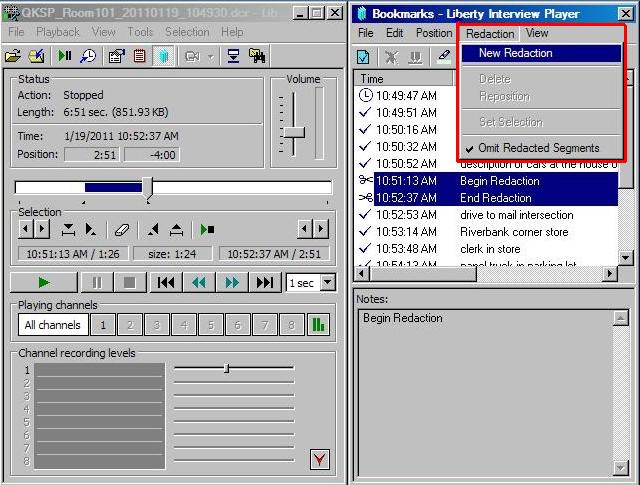 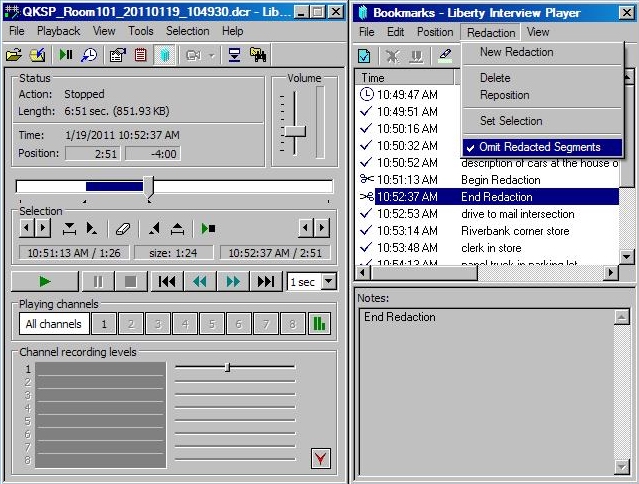